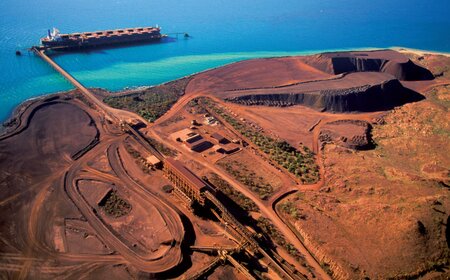 In this issue, we focus on Africa and look at the biggest misconceptions when considering how to protect people, assets and liabilities on this vast continent.

Africa’s 30 million square miles is home to around 1.1 billion people speaking 2,000 different languages in over 50 countries. The wealthiest three nations: Nigeria, Egypt and South Africa account for over 50% of the GDP of the continent as a whole; the bottom 10 account for less than 1%.*

Given this level of disparity between countries, global insurance considerations vary considerably between locations, but there are some broad issues you should be aware of.

We have our own on-site medical facilities and medical evacuation cover, so we’re in a good place, right?

Wrong. Most companies operating significant plant and operations will have their own on-site medical facilities providing primary care, but that only deals with the initial part of a medical emergency or ongoing health issue. The next step may be to engage your emergency medical evacuation service, but the significant life-saving step that many companies miss out is failing to brief them before an event.

If the evacuation service knows how many people you have, what on-site facilities you have, the nearest helicopter landing sites and the kind of emergencies that they might expect, it can make significant improvements in the care your people can expect.

Local hospitals are much better now

Wrong. Unless you are operating in South Africa, where they have genuinely world-class private medical facilities, the healthcare in most African countries falls well below the standards we expect. 10 out of the 20 Places Not to Get Ill on the map on page 10 are in Africa.

The biggest health threat to my people is tropical diseases

Wrong. The biggest health threat to expatriates are vehicle accidents, which by their nature, generally take place away from on-site medical facilities. Making your people aware of the dangers and how to avoid driving risks is a smart investment. It can not only help your people to avoid potentially fatal or serious accidents – it can also satisfy your duty of care and help you to avoid subsequent legal proceedings.

Wrong. It’s hard to know where the threat may be. In it’s latest report, Control Risks reports kidnap activity in Nigeria, Niger, Mali, Algeria, Burkina Faso and Lebanon. Once again, prevention is key. If your executives work in a high profile global industry or remote areas, a pre-briefing on how to avoid risks and what to do in the first few minutes can avoid traumatic events, captivity and worse.

Political evacuation can be planned for

Wrong. It’s amazing how fast relatively stable countries can succumb to political unrest. Cote D’Ivoire, Egypt, Burkina Faso and Tunisia have all had outbreaks of sudden political unrest over the last decade, costing companies million of dollars in emergency evacuations and putting significant operations at risk.

Wrong. Business Interruption insurance generally covers the income from a building that is directly affected by political unrest, like a hotel. If you have to shut your regional headquarters building or a mining facility, Business Interruption won’t cover lost operating costs unless that has been specifically negotiated.

Equipment Policies are all the same

Wrong. Some can be implemented with GPS tracking devices on the ground to significantly reduce premiums.

Wrong. It’s true that the higher the risk, the less mainstream options, but that doesn’t mean you don’t have choice. Larger providers will usually negotiate tailored cover terms if you know what to ask for. And there is usually the option to go for a bespoke policy through a Lloyd’s Syndicate if the cover required is significant enough.