Is the World Getting Safer or More Dangerous? 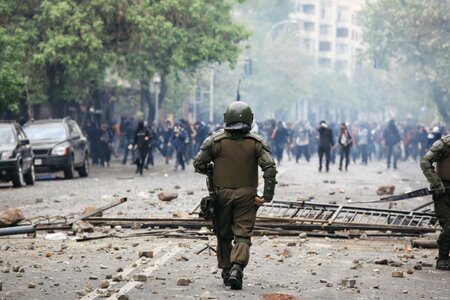 The growing intensity of internal conflict, increases in terrorism and higher perceptions of criminality saw the US fall 11 places to 114th, resulting in the North America recording the largest drop of any region.

Eight of the ten most peaceful countries came from this region.

The number of countries experiencing record numbers of deaths from terrorism jumped to a historic high of 23, including Denmark, Sweden, France, and Turkey.

The cost of conflict:

On average, violent conflict accounts for 37% of GDP in the ten least peaceful countries compared to only 3% for the ten most peaceful.

Global peacefulness has deteriorated by 2.14% since 2008. 52% of countries recording a deterioration while 48% improved.

Homicide has decreased in 67% of countries.

State sponsored violence, such as extra-judicial killings and torture, has decreased in 68 countries but increased in 46.

The information here is based on the 11th edition of the GPI: the world's leading measure of global peacefulness produced by the Institute for Economics and Peace (IEP). It gauges on-going domestic and international conflict, safety and security in society, and the degree of militarisation in 163 countries and territories by taking into account 23 indicators.