Emergency Evacuation to the Rescue 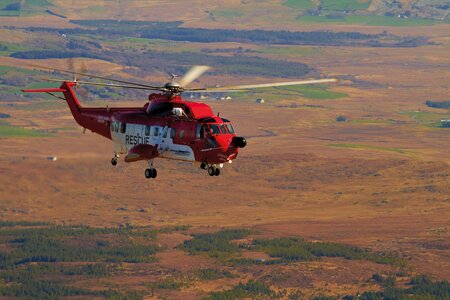 Healix International is the company that the British Government entrusts to look after the welfare of its travelling and expatriate workforce, as do countless companies around the world.

As Medical Director, Dr Finn Morgan is ultimately responsible for deciding when, where and how air ambulance evacuation will take place. We asked Finn to explain what happens behind the scenes:

IN: How do you decide whether to scramble an air ambulance?

Dr Finn: Everything we do is focused on the welfare of the patient and their specific situation. We need to consider the illness or injury they are suffering from, the quality of the medical facilities on hand and the implications and logistics of moving them.

If there is a possibility that moving a patient could cause harm, then we have to balance that risk with the risks of allowing the patient to remain in a location where medical facilities are less than ideal.

“We flew a UK team of doctors and nurses from Harefield hospital down to Cape Town.”

All our international patient transfers are tailored to the medical needs of the patient and will sometimes go well beyond a standard air ambulance evacuation. We recently dealt with the case of a British traveller in South Africa who urgently required a heart transplant. We arranged for a team of seven specialists to fly to Cape Town in order to stablise him on advanced equipment, which essentially replaced the function of his heart and lungs. He was then flown back to the UK on an extra-large air ambulance, accompanied by the transfer team.

IN: We hear a lot about road traffic accidents abroad. Are these the most common cause of medical emergency?

Dr Finn: It’s true that road safety in many parts of the less developed world is poor, but it’s not the biggest cause of emergency medical evacuation.

“You are far more likely to need treatment for illness...”

You are far more likely to need treatment for illness, and that illness will often be something related to your own state of health. Perhaps you have a history of angina, or you had a stroke five years ago? More often, our doctors or nurses will stay in touch with the local medical teams and relatives, monitoring progress. The decision to move the patient might come days or even weeks after the initial incident because the patient is now stable enough to move, or we feel the aftercare might be better in a more modern facility.

IN: Are there different types of evacuation?

Dr Finn: Yes, there are lots of ways to move patients.

When people think about medical evacuation they often imagine being whisked away on a helicopter, but if you’d ever been on an air ambulance, you wouldn’t choose to fly that way.

Air ambulances are really uncomfortable. They just have a working environment inside. The crew can’t stand up without bending over. There’s no food. No movies. No cabin staff. What’s more, most of them have to refuel every four hours. Quite apart from that, they are extremely expensive for whoever is paying the bill. Air ambulances are therefore used only for emergency evacuations or for cases where patients are simply not well enough to be moved on a scheduled flight even with a medical escort.

Most patients will be much more comfortable flying on a scheduled flight. We can provide a nurse or a doctor (or both), together with in-flight medical equipment, so that the patient can be cared for properly during the journey. Patients will usually be accommodated in business class, which on long-haul flights, usually provides lots of space.

Some airlines, like Lufthansa or Air France, can fold down a block of nine seats to make room for a stretcher. That’s ideal for a patient who cannot sit, even in a business class seat – like a patient recovering from a spinal fracture for example.

IN: Do you always take people ‘home’?

Dr Finn: Not necessarily. The medical condition is our primary concern. If we’ve got a serious trauma in Bali, we would probably look to get them to Singapore or Bangkok which both have centres of medical excellence. If the patient was Australian and we felt their condition wouldn’t be compromised by a slightly longer flight, we might route them there. For some expats, their overseas posting is their home and that is where they want to stay. For others, they may need to be repatriated to their home country to recuperate after initial surgery or treatment and we’ll organise that too.”

IN: Finally, we have to ask the big question. How much does it cost?

"Without insurance, it would be prohibitively expensive for most people.”

Dr Finn: As you can imagine, that depends on the location, the severity of the injuries and the post-operative strategy.

Sending a dedicated air ambulance medical team out to somewhere remote and bringing someone back to a centre of excellence, you are typically looking at tens of thousands of pounds - sometimes six-figures. Without insurance, it would be prohibitively expensive for most people.