Dual Clutch Confidence – All Over the World 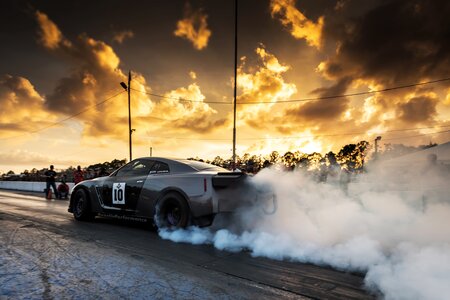 New Zealand-based Dodson helps high-end car enthusiasts push their cars to the limit. CEO, David Sweas, explains how Bellwood Prestbury gives them the confidence to do it on a global scale.

Imagine you own a Lamborghini, a Porsche or a Corvette and your ambition is to drive it as fast as you possibly can. You might start by modifying the engine and adding turbo chargers to boost your power, from say 700 bhp to 1700 bhp. And that’s amazing for a run or two, but guess what? Your stock clutch and transmission components are likely to burn out or break before you get it home.

Solving that problem was how Dodson’s aftermarket transmission business was born.

From personal passion to new enterprise

Harry Dodson, who owned a local garage on Auckland’s North Shore, loved to race his Nissan GTR, one of the first imported into New Zealand. But when he modified it, back in 2008, the transmission couldn’t cope. So his race team built a new one. Starting with a dual clutch made with more robust metal components, and moving on to other critical parts like gears, axles and other intricate transmission components, he coaxed more reliable performance from his GTR.

Meanwhile, thanks to the Internet and groups of enthusiasts on Facebook, the world of drag racing was going truly global. Someone in Dubai would post an impossibly quick time for a souped-up VW Golf over a quarter of a mile. Then someone in the United States would take up the challenge, trying to beat the top speed, or shave milliseconds off a sub-10 second run.

The Dodson team marketed their modified parts online and found that there were people all over the world who wanted a touch of the Dodson magic.

As the business grew, and the company began to export parts abroad, thoughts quickly turned to the risks involved.

Whilst all the products were thoroughly track-tested locally, what if a Dodson aftermarket component caused a problem to a $250,000 Lamborghini Huracan or a $1m McLaren?

The company found it really difficult to organise international cover for such a niche product in New Zealand. That’s when Dodson found Bellwood Prestbury, who organised a bespoke global Product Liability policy through Lloyd’s of London.

With the confidence of global cover, the company could then develop a wide range of products. Today, it has 150 dealers in 40 countries on six continents worldwide.

The current CEO, David Sweas, a former automotive engineer and merchant banker who is experienced in insurance markets, says it’s Bellwood Prestbury’s flexible approach that makes the difference for Dodson.

David says: “As a motorsport company, we’re comfortable with the concept of risk. What we need to protect is catastrophic possibilities that could seriously threaten the business or shareholder value.

“I’m happy to self-insure in local markets or pay lower premiums with higher excesses in others. Bellwood Prestbury allows us to work out a menu of cover. I tend to look for full support in territories we’re less familiar with. We also take global Cyber insurance from Bellwood Prestbury, which I think every small/medium sized business should invest in.”

Our own Jonathan Hutter at Bellwood Prestbury says. “It’s great to know that we’ve played our part in helping Dodson grow from a local company in New Zealand to a global superpower in their market.”