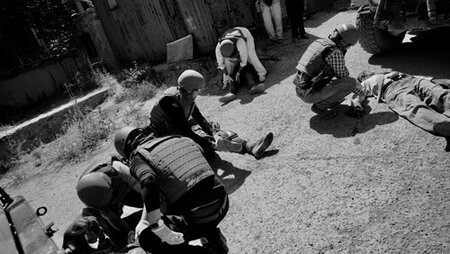 Are you managing your digital bubble?

When deploying people in hostile locations, controlling the digital bubble around their activities is critical. Stephen Smith, from SEPAR International, explains it’s one of four safety pillars he instils in corporate briefings and trainings.

Perhaps you’re sending a few engineers to assess a bid for airport infrastructure in East Africa. Or your international development team is starting a new project in Latin America. You’re opening up a new trade route from Afghanistan. Exciting times! Let’s tell the world!

That could be a fatal mistake, according to SEPAR International’s Managing Director, Stephen Smith, who works with corporate clients, training their staff before they deploy in hostile territories.

“Careless social media posting is one of the most common security problems we see in hostile or sensitive postings,” Stephen explains.

“And it can come from numerous sources. Sometimes it’s the individual themselves, using Facebook or Twitter to keep relatives and friends in touch with their lives. Sometimes it’s the company they work for, wanting to shout about their international credentials. And occasionally it’s clients, partners or suppliers on the ground.”

Don’t put a digital target on your people’s backs

“If you are sending people out to a poor place where people have little hope, or into a culturally sensitive situation, that can be enough to make them a person of interest. Adding profile and context with social media can make them a target.

“Younger people everywhere understand how to get around social media,” Stephen explains. “They see a logo on your bag, in a specific place or with a known local, and can search social media to work out what you’re doing there in a matter of minutes. It’s easy then to formulate a plan. Within an hour or so, your employee could be in big trouble.”

Stephen says that it’s not just what we’re doing or where we are. It’s also the digital data we carry around with us that makes us vulnerable.

“The data we control isn’t just our own. Invariably in your laptop and phone there is data belonging to other people and organisations. From photographs and personal data to commercially sensitive contacts and information, it can all make you vulnerable. "It takes less than 30 seconds to sweep a device these days. If it’s not properly protected or filtered out before you go abroad, – whether that’s China, Russia or Africa – you could leave yourself open to corporate or personal blackmail.”

“We’ve seen cases of people with personal images they wouldn’t want employers or family to see, being held to ransom. There are headline cases of investigative journalists whose professional and personal lives have been systematically trashed online when they got too close to a sensitive story. Removing anything sensitive, and securely protecting access to digital files is imperative.

Is anyone particularly vulnerable?

Stephen says you might be surprised at who is particularly vulnerable.

“You might think it’s the younger Millennials and Gen Z types who would be more susceptible, but actually it’s the older non-digital natives you need to be particularly careful of. Younger people understand how to control their social presence. Older executives – typically the type of people you might send to close a deal, set-up a network, or supervise a development project – are more likely to turn to social channels because they are away. They’re less savvy with how it works and more likely to create a potential security risk.”

“If you’re sending people to a hostile or sensitive place, you need to manage the digital bubble from every angle. Never publicise activities while they are there. Insist they limit social posting to closed networks (and make sure they know how to do that). Brief them to keep photos out of local media, if possible. Combining that with our other three precautionary pillars (see below) can help your people to stay safe and ensure that you have met your duty of care obligations.”

One eye on the digital future

Stephen, who was talking to me from Kenya, was using an end-to-end encrypted What’s App line during this interview. That should be secure, but Stephen says you have to be cautious.

“In theory, this call cannot be accessed due to the end to end encryption. But in terms of the digital future, how long will that hold, with continuing advances in technology and digital access capabilities?”